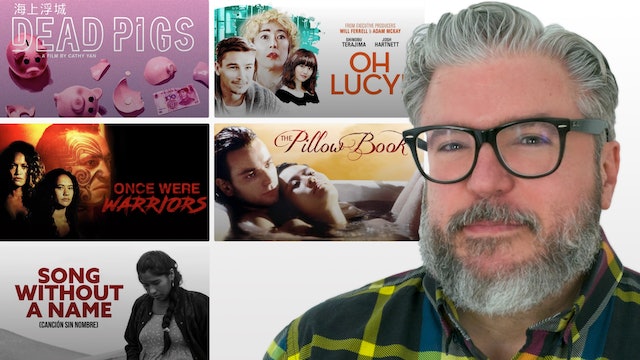 ALONSO DURALDE is Film Reviews Editor at The Wrap and co-host of the Linoleum Knife, Maximum Film!, and Breakfast All Day podcasts. He is the co-author of the recently published I'll Be Home for Christmas Movies and the author of Have Yourself a Movie Little Christmas and 101 Must-See Movies for Gay Men.

DEAD PIGS
It's become something of an industry cliché that a male director with an acclaimed indie hit gets handed the keys to a big Hollywood franchise while a woman director with an acclaimed indie hit gets to direct episodic TV, if she's lucky. So it was exciting to see Cathy Yang making the wonderfully eccentric and fearlessly feminist superhero movie Birds of Prey, or The Fantabulous Emancipation of One Harley Quinn on the heels of this darkly funny satirical comedy about would-be movers and shakers trying to make it in modern China.

OH LUCY!
Shinobu Terajima gives a hilarious and heartbreaking performance as Tokyo office drudge Setsuko, who impulsively decides to follow her English teacher (played by Josh Hartnett) halfway around the world in an oddball road trip that unearths old family secrets and resentments and offers a new way forward for its reclusive, resentful heroine.

ONCE WERE WARRIORS
New Zealand filmmaking got a huge international boost with the success of this powerful and wrenching drama about a Maori family dealing with alcoholism, abuse, and colonization, seeking a way forward for themselves through the strength of their indigenous ancestors. It's a film that made stars of Temuera Morrison, Rena Owen, and Cliff Curtis when it broke box-office records in 1994, and more than a quarter century later, this intense tale still has gut-punching power.

THE PILLOW BOOK
One of visionary auteur Peter Greenaway's greatest films is this sensual portrait of a young woman (played by Vivian Wu of DEAD PIGS) obsessed with finding a lover who can fulfill her desire to have her body covered with Chinese calligraphy. Pre-"Star Wars" Ewan McGregor is captivating as the young man who might offer everything she desires, although he also attracts the interest of a rich man who takes a similar fetish to much more dangerous extremes. Sacha Vierny's cinematography is breathtaking and hypnotic.

SONG WITHOUT A NAME
Melina León's acclaimed 2019 drama follows an indigenous woman in Peru who teams up with a lonely journalist to track down the infant that was stolen from her at a fake clinic. This stunning, sorrowful black-and-white mystery never loses sight of the emotional devastation at its center, thanks to a heart-stopping performance by Pamela Mendoza. 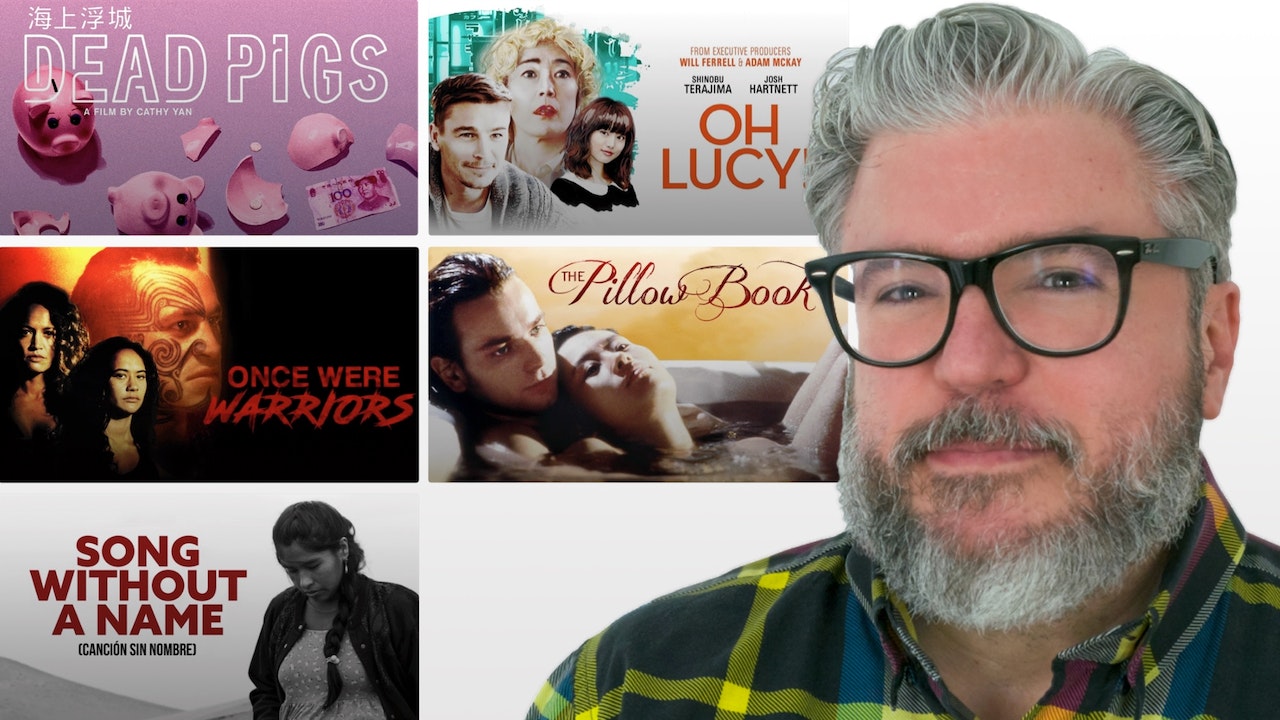