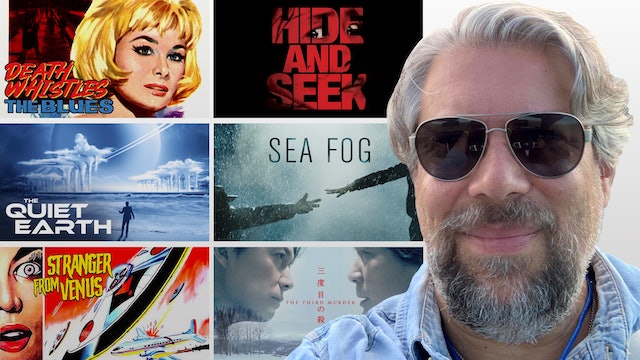 DAVE TAYLOR has been a cinephile since childhood, and, growing up in Los Angeles, bumped into endless productions, celebrities and industry professionals. He runs the film site PlanetDave.com, is the co-founder of the Denver Film Critic Society, and teaches film and communication courses at the University of Denver. An avid YouTuber, his video product reviews often have nods to the visual language of cinema, from editing style and rhythm to color palettes and backgrounds. His favorite films include Lawrence of Arabia, Nine Queens, 2001: A Space Odyssey, Inception, Seven Samurai, Alien, and The Postman Always Rings Twice.

DEATH WHISTLES THE BLUES
A Spanish noir crime thriller set in Jamaica, DEATH WHISTLES THE BLUES (La muerta silba un blues) is a straightforward tale of revenge. The film opens with two young men caught while unknowingly smuggling contraband through a military checkpoint. Federico Castro (Conrado San Martin) survives his stint in prison and vows to track down Vogel (Georges Rollin), who is now a crime boss in a sleepy, segregated area of Jamaica. Not to worry, there are smoky nightclubs, sultry exotic dancers – notably including Vogel’s wife Lina (Perla Cristal) - and downtrodden locals who can help. This is a surprisingly engaging B&W noir you’ve never seen, even if many of the themes are familiar to fans of the genre.

HIDE AND SEEK
A Korean horror film with a slow burn, HIDE AND SEEK (Sum-bakk-og-jil) also serves as an intriguing precursor to the blockbuster Korean hit Parasite. Seong-soo (Son Hyeon-ju) is a successful businessman with a family secret that’s slowly tearing him apart. His brother’s increasingly having mental health problems, so Seong-soo and his family visit just to find an empty apartment in a tenement scheduled for demolition. Neighbor Joo-hee (Moon Jeong-Hee) begs him to stop his brother peeping on her daughter when he notices odd hobo-like markings on all the doors in the complex. Then they go home and see the same markings in their upscale Seoul apartment and peculiar things begin to occur…

THE QUIET EARTH
The first sci-fi film out of New Zealand, this is a puzzling movie that’s interesting both because of what its characters talk about and what they don’t consider after finding themselves the only people left on Earth. Was the depopulation event related to a mysterious global energy project that scientist and survivor Zac Hobson (Bruno Lawrence) was working on just before everything went awry? More importantly, if you were a survivor, wouldn’t you try to puzzle out why you hadn’t vanished along with everyone? A cult classic, THE QUIET EARTH might just leave you scratching your head or, perhaps, looking towards the multiverse as an explanation of everything that transpires.

SEA FOG
Haemoo (SEA FOG) is a gripping thriller based on real-life events: In 2001 a Korean fishing vessel smuggled over 50 Chinese immigrants to Korea just to have the refugees all asphyxiate in the ship’s hold. The crew threw all the bodies overboard but were caught and arrested. Sea Fog starts with that premise, focusing on the hard-luck Captain Chul-joo (Kim Yoon-seok) and idealistic young crew member Dong-sik (Par Yoochun). When the refugees include an attractive young woman Hong-man (Han Ye-ri), things predictably go awry between the men on board the rough vessel. Then things get really bad. This is a claustrophobic film that will pull you right into the tension with its endless “what would you do?” theme and the spiraling madness of the crew as everything falls apart. Written and produced by Bong Joon Ho.

STRANGER FROM VENUS
An early English sci-fi film in the vein of The Day the Earth Stood Still, this also offers up a space alien who has come to Earth to warn us about the dangers of atomic power. The Stranger (Helmut Dantine) is from Venus and he’s concerned that focused atomic explosions could push the Earth out of orbit, which would then knock Venus out of orbit too. Given how talky the film is, and how few actual effects are included, it’s surprising he doesn’t deliver a lecture on orbital mechanic to Susan (Patricia Neal), his eventual love interest. What’s most notable about STRANGER FROM VENUS is that it’s one of the first sci-fi films that portrays government as untrustworthy: Rather than help spread the alien’s warning, Brit politicians lock down the town to keep the story out of the media. This paranoia is revisited in dozens of subsequent genre films.

THE THIRD MURDER
Sandome no satsujin (THE THIRD MURDER) is a Japanese courtroom drama focused on the guilt or innocence of Misumi (Kōji Yakusho), who has already confessed to killing his boss and then burning the body. In fact, the murder is the opening scene of this compelling and fascinating film that is much more about justice and the court system than about the central crime of the story. On his side is defense attorney Shigemori (Masaharu Fukuyama) and his legal team who represent the jaded older lawyer, the naive young intern and Shigemori himself. Will the court find Misumi guilty of the crime when more information is unveiled about the victim’s wife and daughter? The ending is delightfully ambiguous and the overall story will stick with you as you meditate on who gets to judge whom and whether the legal system delivers justice or not. 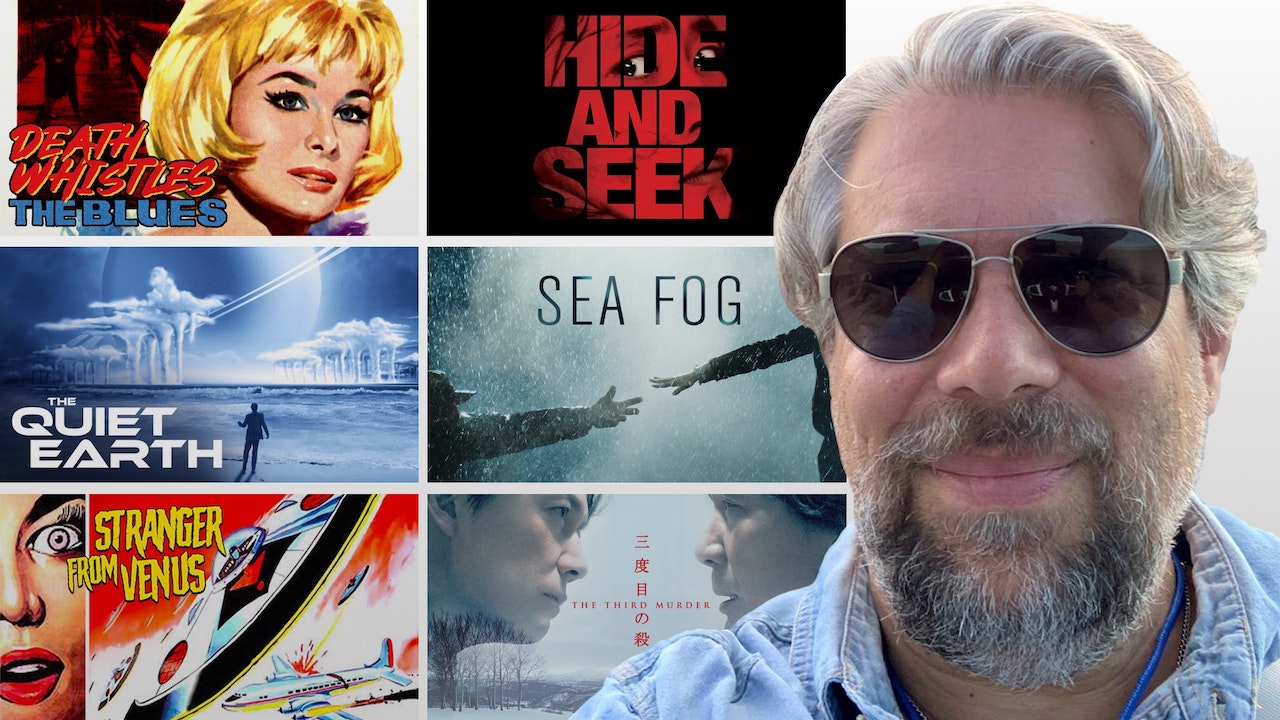