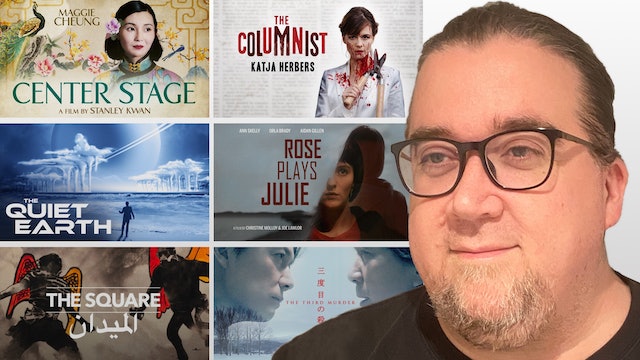 DAVID VOIGT is a Toronto based writer with a passion that borders on being a problem for all things that are the moving image and an incurable obsession with cinema. Having moved from the production to the critical side of things nearly 15 years ago his work has appeared in a myriad of outlets both in print and online. Now you can find him as editor-in-chief over at In the Seats (intheseats.ca) as well as host and producer of the In The Seats With Podcast (available on all major platforms and YouTube) where he sits down with a wide range of entertainment industry professionals to talk about their current projects, life influences and everything else in between.

CENTER STAGE
Maggie Cheung is the kind of generational talent that you’d watch read the phone book as she belongs on the big screen doing anything she damn well pleases.
In 1991’s CENTER STAGE from director Stanley Kwan; Cheung captures the tragic aura silent screen star Runa Lingyu who was known as the ‘Greta Garbo of China’ and whose life was fodder for the tabloids at the time and the melodrama that she brought to the screen ended up seeping into her daily life causing her to take her own life at the age of 24.
An unconventional for biopic, this film uses a deft blending of documentary realism an lush period setting that help give us not only a compelling look at the legacy of what Runa Lingyu brought to the screen but it also makes a salient commentary on the trappings of fame and gives genuine context to why we as audiences get so drawn to some figures that get put on the screen in front of us telling us stories.

THE COLUMNIST
Inspiration can certainly come from the strangest of places… As columnist Femke Boot (Katja Herbers) gets flooded daily by anonymous harassments and death threats on social media. She becomes addicted to the vicious messages, and finds herself spiraling out of control and unable to function. Until one day, in an unexpected act of violence and revenge eases and inspires her, she finds herself inspired to write like never before. For anyone who has ever worked in the media, or even just said something dumb on social media this is the revenge fantasy we all quietly wish we could live but never do. Katja Herbers does a fantastic job as our heroine and director Ivo Van Aart does masterful work here as the reality and fantasy blend into a gleefully horrific ride that will have you cheering for the murderer over the victim that reminds us that our words have power, no matter how we use them.

ROSE PLAYS JULIE
You do what you have to for family… This nail biting thriller comes from a real place as we follow Rose (Ann Skelly) who has a promising future ahead of her as a promising veterinary student is missing one thing in her life and begins to process of tracking down her birth mother. When she finally tracks down Ellen (Orla Brady) a painful secret comes to light that rocks the insecure Rose and leads both her and Ellen down a very dangerous path. Directors Christine Molloy and Joe Lawlor tap into some primal human emotions and needs here with our never ending desire for knowledge and understanding, even when there’s a really good chance we don’t want to know what’s going on in the first place. Ann Skelly commands the screen on this journey and the indomitable Orla Brady takes us to places many of us would want to but can’t actually explore. It was one of my favourites from the past year as it’ll get under your skin and never let go.

THE QUIET EARTH
No matter where it’s from, classic science-fiction sticks with you. Zac Hobson is a run of the mill, mid-level scientist working on a new global energy project, until he wakes up to find his worst possible nightmare. After a malfunction in the project he discovers the very real possibility that he might be the last man on earth. As he combs through the empty cities and countryside looking for survivors, his mental state begins to elude him and his grip on this new world he’s living in becomes increasingly tenuous. Director Geoff Murphy’s magnum opus is an engaging, thoughtful and quietly terrifying piece of philosophical science fiction that still rings true today. This adaptation of Craig Harrison’s novel which was co-written by star Bruno Lawrence is a stalwart reminder that you only need a strong idea to do some quality science fiction, instead of the onslaught of computer driven special effects that we are inundated with today.

THE SQUARE
Fiction is great and all, but nothing beats real life… THE SQUARE is a gripping document of the 2011 Egyptian Revolution as it chronicles the incredible sacrifices made by activists in the wake of this countries overthrow of a thirty year dictatorship where lives are on the line every single day. Director Jehane Noujaim has crafted a piece of cinema that is simply stunning as we get insight to the personal lives of the people behind and living through what was born out of Tahir Square. This film is an unequivocal statement to the power of the human spirit and all our collective desires to be free and quite frankly is necessary viewing for anyone with a pulse.

THE THIRD MURDER
Master filmmakers can basically do whatever the hell they please. From the Palme d’Or winning Hirozaku Kore-eda; THE THIRD MURDER is the kind of crime procedural that manages to be emotional profound and grippingly tense all at the same time. Leading attorney Shigemori takes on the defense of murder-robbery suspect Misumi who served jail time for another murder 30 years ago. Oddly enough his client freely admits his guilt, despite facing the death penalty if he is convicted. As he digs deeper into the case, as he hears the testimonies of the victim's family and Misumi himself, the once confident attorney is beginning to doubt if his client did anything at all or if anything is as it seems. While an obvious shift in tone from his previous films, Kore-eda manages to blend the complexities of the crime and violence into his familiar patterns of family dynamics by simply laying one on top of the other and it’s yet another example of what a master filmmaker looks like at work as Kore-eda makes us care about his characters while inching us closer to the edge our seats. 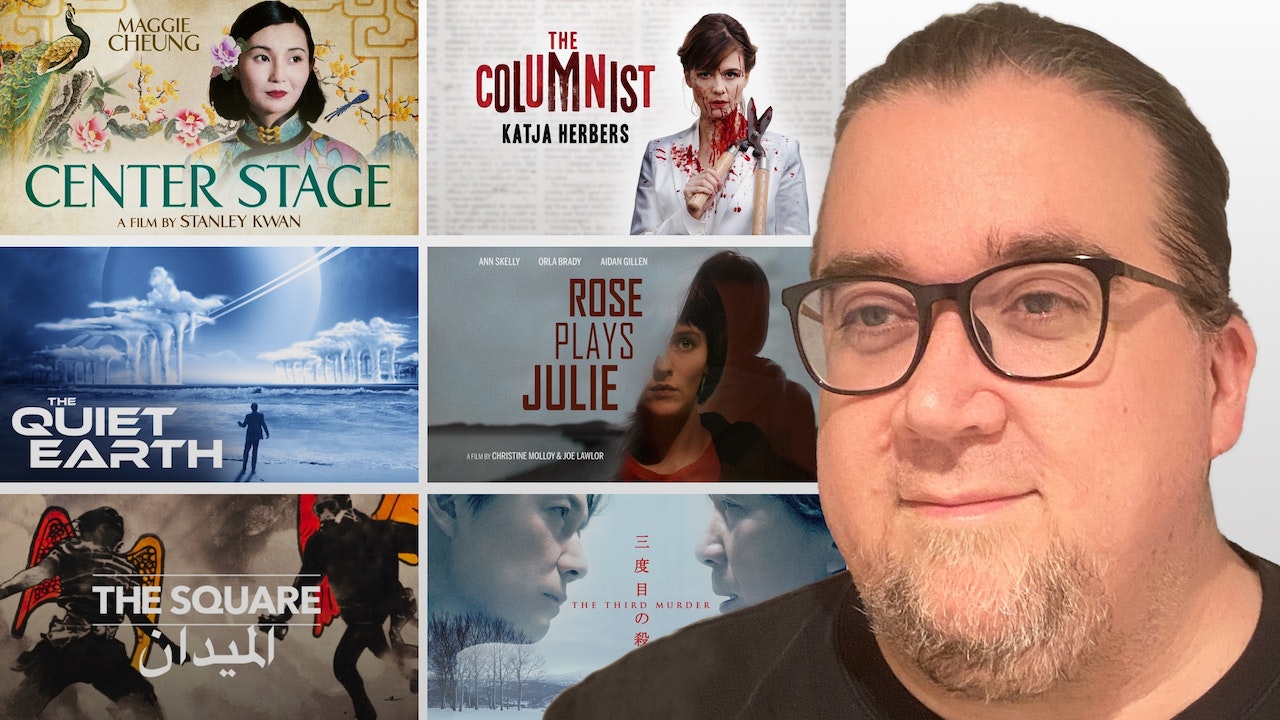