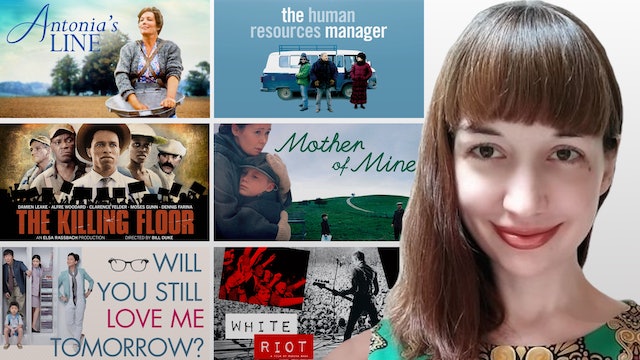 JEN JOHANS is a three-time national award-winning writer and Rotten Tomatoes certified film critic. When Jen isn't reviewing movies at FilmIntuition.com or releasing new episodes of her podcast “Watch With Jen,” you can find her on Twitter @FilmIntuition.

ANTONIA’S LINE
An existential feminist fairytale about five generations of women living life on their terms alongside their chosen family of outsiders in the Dutch countryside, writer-director Maren Ade's bittersweet masterpiece won the Academy Award for Best Foreign Film in 1996. And although it takes a good twenty minutes to shift away from its dour Bergmanesque beginnings and into the film's more celebratory humanistic mood that pervades throughout, this movie about mothers and daughters finding their own meaning in life is sure to appeal to fans of Lasse Hallstrom's CHOCOLAT, Caroline Link's NOWHERE IN AFRICA, Ali Selim’s SWEET LAND, and director Marine Francen’s Film Movement+ title THE SOWER as well.

THE HUMAN RESOURCES MANAGER
Punctuated by both genuinely touching moments of humanity and surprisingly satirical bursts of laughter, this moving drama from the acclaimed director of THE SYRIAN BRIDE and THE LEMON TREE Eran Riklis chronicles the HR manager of a respected Jerusalem-based bakery who finds himself embarking on an unusual journey to Romania. Accompanying the body of a young foreign worker killed in a suicide bombing who was found to still be receiving paychecks after a murky firing, the businessman encounters endless complications including a reporter who wants to make him the company scapegoat and increasingly frustrating situations of bureaucratic red tape. Yet, somewhere along the way, his professional endeavor grows increasingly personal as he starts to question the people behind the paperwork and ask himself both what is really important and what it means to take responsibility for others.

THE KILLING FLOOR
Originally made for PBS’s “American Playhouse in 1984, THE KILLING FLOOR is an incisive fact-based chronicle of the first big attempt made by Chicago slaughterhouse workers to fight against workplace abuse by joining an interracial union before the city erupted in chaos during the horrific race riots of 1919. Starring Damien Leake & Ernest Rayford, FLOOR is centered on two Black Mississippi friends who venture north during World War I to try to find a better and more prosperous life for their loved ones. Featuring a who’s who ensemble of great Chicago performers, actor turned director Bill Duke’s film is a truly compelling, blistering, and vital historical document about the importance of workers' rights and it just might be even timelier today than it was during its release in the Reagan administration. Given a stunning new restoration, this rare, overlooked Sundance Film Festival award winner should not be missed.

MOTHER OF MINE
Finland’s official submission for the Best Foreign Film category of the Academy Awards finds critically acclaimed and award-winning documentarian and filmmaker Klaus Haro tackles the emotionally devastating true terrain of the more than 70,000 Finnish children evacuated to neutral Sweden, Denmark, and Norway to avoid conflict during World War II. Bookended by black-and-white scenes set in the present, the film tells us the fictional tale of a young Finnish boy whose mother makes the harrowing decision to send her son to Sweden just until the war dies down after tragedy strikes. Having a hard time adjusting to farm life and school in the Swedish countryside where he doesn’t speak the language, especially given the fact that his new stern matriarch seems to be going through her own private share of grief as well, it takes a while for him to acclimate to the people and place that soon become home. Warm, nostalgic, yet unwilling to sand off the rough edges of the reality of the period, MOTHER OF MINE is sure to appeal to fans of Paul Quinn’s under-seen THIS IS MY FATHER and Zhang Yimou’s THE ROAD HOME as well.

WHITE RIOT
The film equivalent of a punk song, director Rubika Shah’s incendiary, inspiring documentary chronicles the fight against the rise of authoritarianism, xenophobia, and racism in late '70s England by a group called Rock Against Racism, who used music and fanzines to get their message of equality across. Hoping to counter the protests in the streets, the alarmingly reactionary political movement threatening to take hold, and shocking statements made by some of the most popular British musicians of the time, rock photographer Red Saunders penned an angry open letter to Eric Clapton but reached the entire UK instead. His actions led to a peaceful revolution of music, art, writing, and more in the battle to save the souls of the youths of the land that he loved, which is charted in this lively film, stylistically influenced by Brett Morgan’s acclaimed KURT COBAIN: MONTAGE OF HECK and featuring outstanding music by The Tom Robinson Band, The Clash, and more.

WILL YOU STILL LOVE ME TOMORROW?
Seeing is not only believing but it’s also the theme of writer-director Arvin Chen’s sweet-natured romantic ensemble dramedy about a married optometrist who unexpectedly falls in love at first sight and begins to sharpen his focus on what it is he actually wants and needs. Far from the only character asking these questions, nearly all of TOMORROW’s adults find themselves at a crossroads in life in this lushly photographed, vibrantly hued, and at times, even magical realism laced release. Filled with visual and thematic echoes from the movies of Jacques Demy, Todd Haynes, Paul Thomas Anderson, Jean-Pierre Jeunet, and others, WILL YOU STILL LOVE ME TOMORROW? is a delightful crowd-pleaser, anchored by a strong turn from Richie Jen, that you’ll want to share with others. 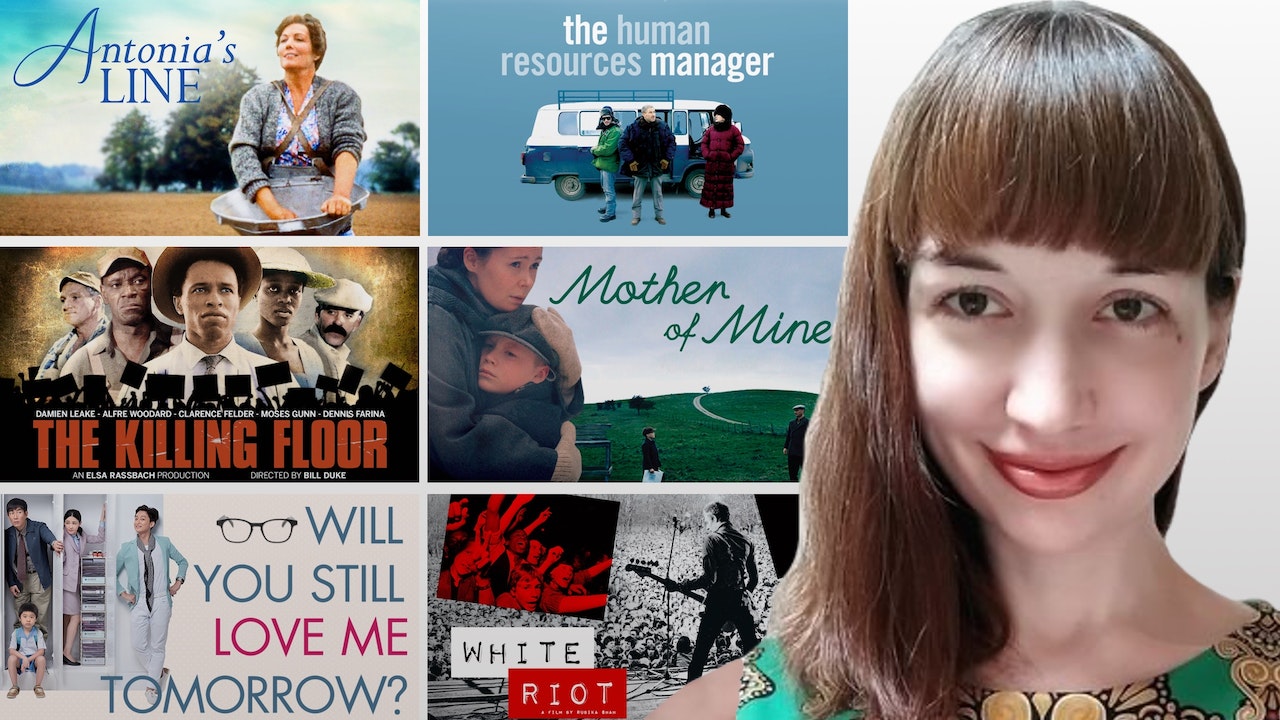