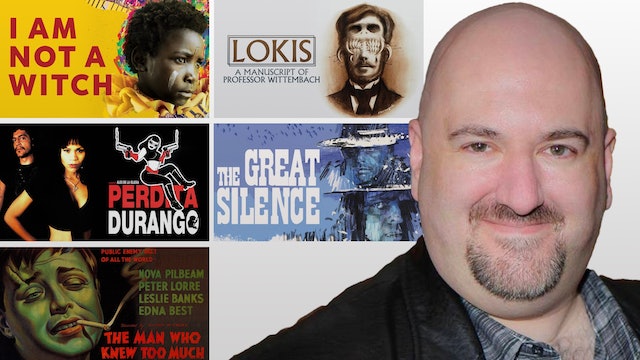 MIKE WHITE is the host of The Projection Booth podcast, a weekly audio series which takes a deep dive into a vast array of films from around the globe. Celebrating its eleventh year, find an exhaustive and exhausting list of past episodes at www.projectionboothpodcast.com.

I AM NOT A WITCH
In Rungano Nyoni's I AM NOT A WITCH (2017), a little girl (Maggie Mulubwa) lives with a group of witches in Zambia while being exploited by a government official. Malumbwa gives a heart-breaking performance as she struggles to play by rules she doesn’t understand. Visually-striking and wonderfully poignant, the film won Best Director and Best Debut Director at the 20th British Independent Film Awards in 2017.

LOKIS: A MANUSCRIPT OF PROFESSOR WITTEMBACH
An atmospheric Polish horror film, Janusz Majewsk’s movie has recently gained new life thanks to the celebration of the “folk horror” subgenre. The film stars Edmund Fetting as the titular Wittembach who’s invited to stay with a young nobleman named Count Michał Szemiot (Józef Duriasz) whose mother was the alleged victim of a bear attack. Szemiot believes he’s the product of that coupling. Moody and languidly-paced, the story plays with lycanthropy and the savagery that lurks in the hearts of men.

PERDITA DURANGO
Also known as DANCE WITH THE DEVIL, the film is a “sidequel” to David Lynch’s WILD AT HEART insofar as it features the same Barry Gifford character of Perdita (Rose Perez), a woman on the fringes of society who is at odds with the law. Directed by Álex de la Iglesia, the 1997 film is a who's who of familiar faces and one of the last of the sleazy post-PULP FICTION independent films of the era.

THE GREAT SILENCE
In Sergio Corbucci's THE GREAT SILENCE (1968) Jean-Louis Trintingant stars as the titular Silence, a mute gunfighter who shoots the thumbs off his enemies. He's pitted against the appropriately named Loco (Klaus Kinski) in a snow-bound Utah town in one of the most nihilistic films you may enjoy. The film boasts a great score by Ennio Morricone as well as wonderful visuals courtesy of cinematographer Silvano Ippoliti.

THE MAN WHO KNEW TOO MUCH
Before Peter Lorre came to America he stopped in the UK to capitalize on his post-M fame with one of his early English-language performances as Abbott, the leader of the criminals who torment a British couple on vacation in Switzerland. There’s a reason why Lorre’s face is the only one on the poster as he steals the show. 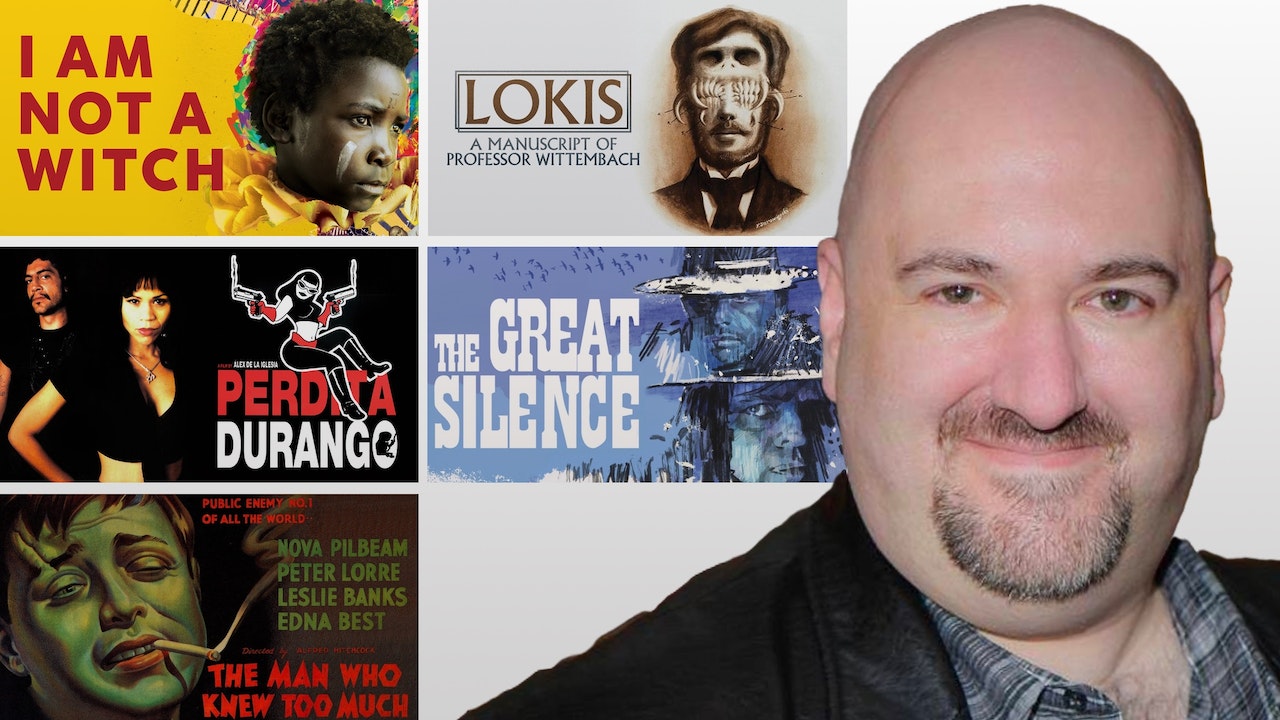