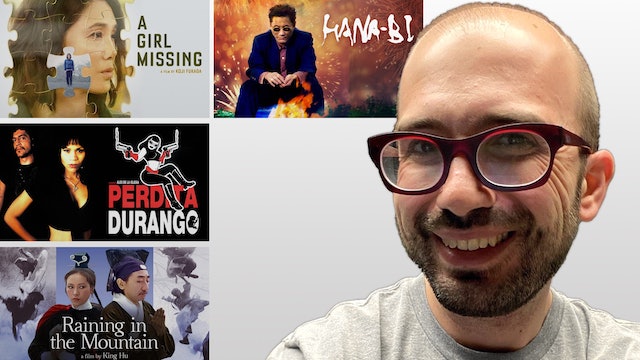 SIMON ABRAMS is an NYC-based film critic and author whose work can be found at RogerEbert.com, The New York Times, and various other outlets.

A GIRL MISSING
Japanese writer/director Koji Fukada's devastating character study follows Ichiko (Mariko Tsutsui), a home-health aide who struggles with feelings of guilt and isolation after she learns that her nephew Tatsuo (Ren Sudo) has been arrested for kidnapping Saki (Miyu Ozawa), the grand-daughter of one of Ichiko's clients. A GIRL MISSING isn't really about Tatsuo's crime, but rather the residual feelings of helplessness and rage that overwhelm Ichiko as she struggles to maintain her connection with the world outside of her head, particularly her bond with Motoko (Mikako Ichikawa), Saki's sister. Rather than solicit pity for Ichiko, Fukada (HARMONIUM, THE REAL THING) imagines Ichiko as a complex and flawed character whose occasional prickliness only deepens our appreciation for her more sympathetic qualities. Tsutsui's compelling performance also matches the delicacy of Fukada's characteristically assured direction and scenario, and gives A GIRL MISSING a thrilling unsentimental edge.

HANA-BI (FIREWORKS)
Japanese comedian turned master filmmaker Takeshi Kitano delivers one of his most poignant on-screen performances as Nishi (Kitano), a withdrawn ex-cop who's still recovering after a botched arrest leaves one colleague (Makoto Ashikawa) dead and paralyzes another (Ren Osugi). Nishi's a typical Kitano antihero in the sense that, by the time we meet him, he's already withdrawn into his brooding and unapologetically violent persona. Duty-bound and resigned to his guilt, Nishi also processes the death of his daughter with his terminally ill wife (Kayoko Kishimoto) as yakuza creditors demand he repay some outstanding loans. So naturally Kitano robs a bank. This bittersweet mood piece doesn't really take place in the same generic sandbox as other neo-noir or crime movies, but rather in the moody niche that Kitano previously carved out for himself in VIOLENT COP and SONATINE. HANA-BI (FIREWORKS) may be even better than both of those earlier milestones, if only for Studio Ghibli composer Joe Hisaishi's moving orchestral score.

PERDITA DURANGO
Javier Bardem and Rosie Perez tear up the US/Mexico border in PERDITA DURANGO, Spanish post-punk auteur Alex de la Iglesia's grimly funny neo-noir adaptation of WILD AT HEART author Barry Gifford's source novel. Bardem and Perez play Romeo and Perdita, a pair of thrill-seeking loners who hook up and then kidnap a pair of young and very white American tourists (Harley Cross and Aimee Graham). For their crimes, Romeo and Perdita are hounded by James Gandolfini's beleaguered DEA agent and later by British punk filmmaker Alex Cox, who plays a hilariously spineless lackey. De La Iglesia (DAY OF THE BEAST, MUTANT ACTION) turns what could have just been another lurid true-crime Tarantino ripoff into a blood-dappled showcase for his live-wire intensity and disturbing, irruptive humor. PERDITA DURANGO is not for the faint of heart, but it might be essential viewing for cult movie-lovers or just fans of Bardem, rocking a dorky mullet, and Perez, channeling Tura Satana. He dreams of being gunned down by Gary Cooper, and she fantasizes about being devoured by a jaguar, what's not to love?

RAINING IN THE MOUNTAIN
A comically involved power struggle breaks out at a secluded Buddhist monastery just as the current abbot prepares to appoint his successor. Everybody has an opinion on who he should pick and they're all secretly eyeing the temple's prized relic, a scroll containing the sutra for the "Awakening of Faith." As in Chinese director King Hu's classic wuxia action movies (COME DRINK WITH ME, DRAGON INN), the Byzantine power struggle that breaks out in RAINING IN THE MOUNTAIN suggests that not all who claim to be faithful are true standard-bearers and not all laypeople are impure. Shot in Korea at the same time as Hu's transcendental ghost story Legend of the Mountain, RAINING IN THE MOUNTAIN sometimes feels like a tongue-in-cheek parody of his own A TOUCH OF ZEN (1971), the first Chinese movie to win a prize at the Cannes Film Festival. More of a playful, slow-burning conspiracy thriller than a traditional action movie, RAINING IN THE MOUNTAIN is the kind of transcendental arthouse-friendly genre movie that only King Hu could make. 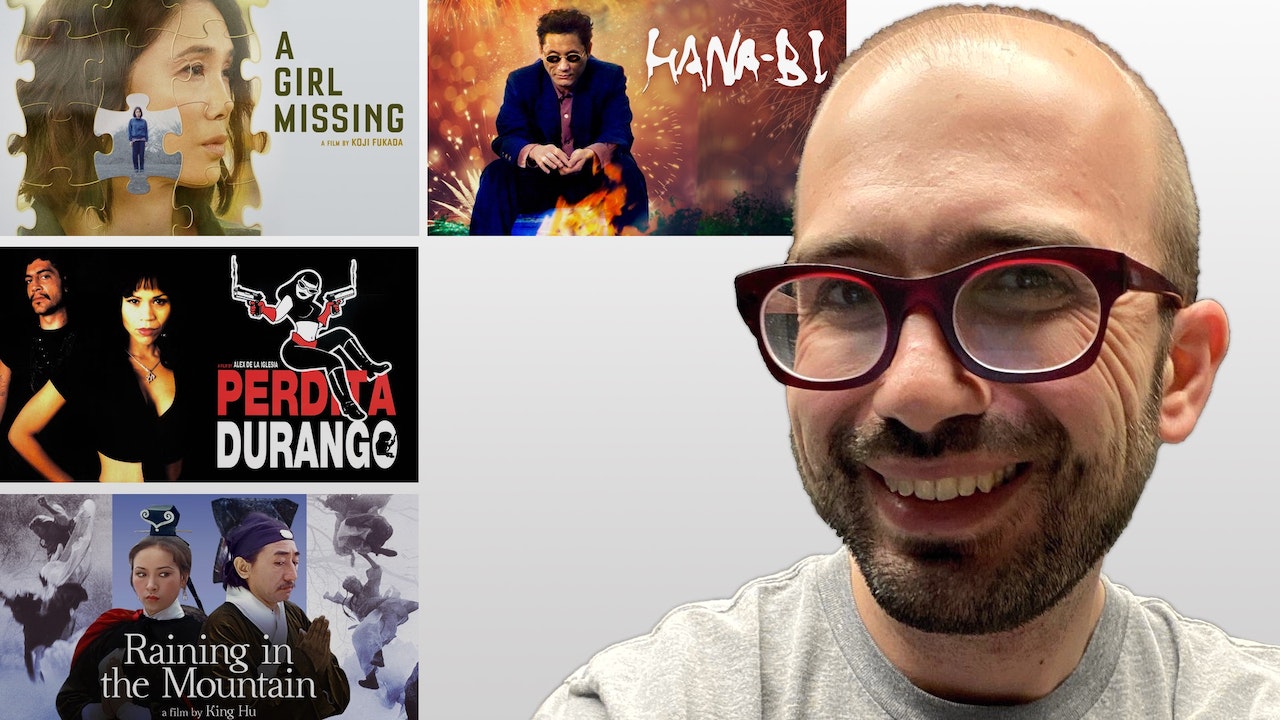