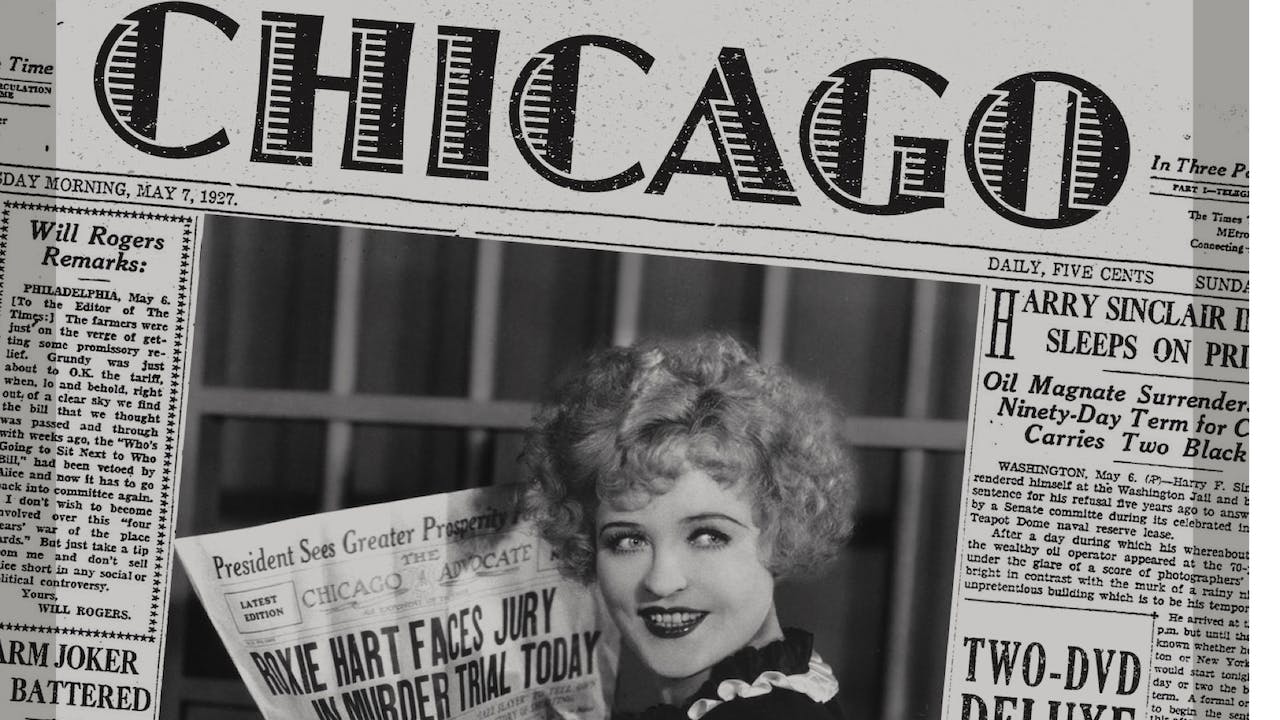 THE EXTRAORDINARY WORLD OF CHARLEY BOWERS

What for some audiences may be a delightful introduction, and others a fresh re-discovery, THE EXTRAORDINARY WORLD OF CHARLEY BOWERS offers a rare portal into the imagination of one of the great innovators and creators of early cinema. Mixing live-action with puppet animation, cartoonist, animator, director, and comedian Charley Bowers helms a score of mini-masterpieces, all newly restored by Lobster Films.

Sexy, jazz-loving and dressed to kill, Roxie Hart (Phyllis Haver) has a doting husband in Victor Varconi, not to mention a gold-digging affair on the side with Eugene Pallette, who pays and pays, eventually with his life. Put on trial for murder, Roxie secures lawyer Billy Flynn (Robert Edeson), equal part mob “mouthpiece” and publicity agent. When Roxie hits the headlines, the courtroom theatrics begin.

DIRECTED BY FRANK URSON AND CECIL B. DEMILLE
USA | 1927 | SILENT WITH ENGLISH SUBTITLES