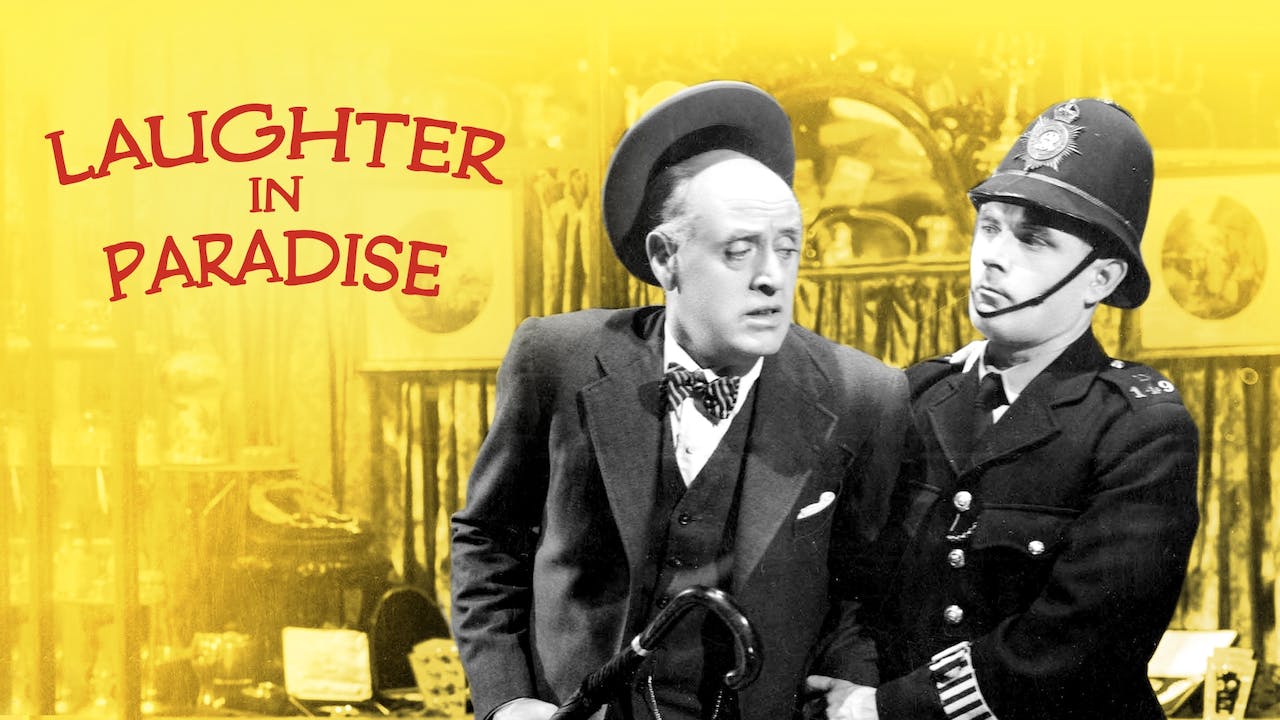 Famed practical joker Henry Russell leaves 50,000 pounds to each of his four surviving relatives. But his will has one last joke - they each have to undertake a task completely out of character within a month. As each sets out on their objective they find that quite apart from the promised riches, they are unexpectedly getting a lot out of the challenge. All except caddish Simon Russell, that is. Released in 1951, Laughter in Paradise was Britain's top-grossing film. Watch carefully and see a young Audrey Hepburn in a bit part as a cigarette girl. Featuring Alastair Sim.