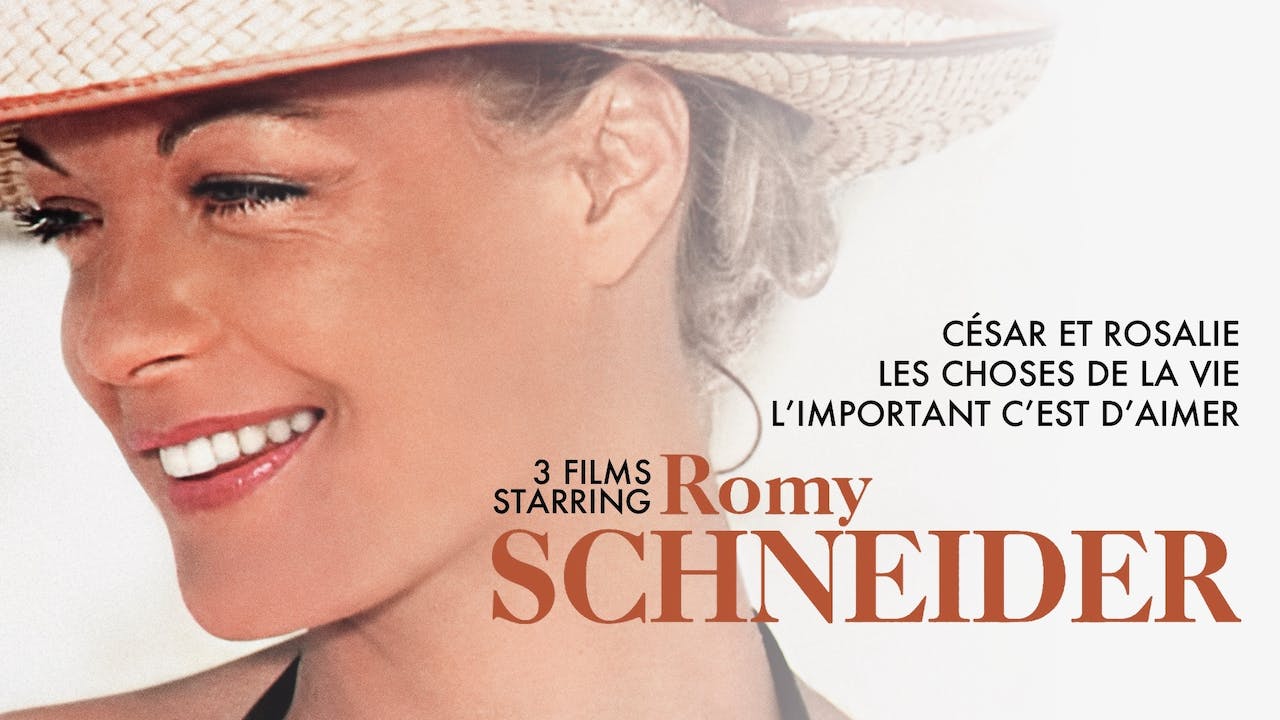 LES CHOSES DE LA VIE (1972) directed by Claude Sautet
Pierre (Michel Piccoli), a middle-aged engineer, has his life flash before his eyes after being involved in a horrific car accident. While falling in and out of consciousness, he reflects on the recent events that have transpired between him and estranged wife, Catherine (Lea Massari), and his young lover, Hélène (Romy Schneider).

L’IMPORTANT C’EST D’AIMER (1975) directed by Andrzej Żuławski
Forced to earn a living by accepting demeaning roles negotiated by her erratic husband, Nadine Chevalier (Schneider) encounters tabloid photographer Servais (Fabio Testi) on the set of her latest film. Desperate to win her affections, Servais secretly uses money borrowed from a shady associate to bankroll her next project, a production of Richard III with Nadine starring opposite the maniacal German thespian Karl-Heinz Zimmer (Klaus Kinski).
ALL FRENCH WITH ENGLISH SUBTITLES