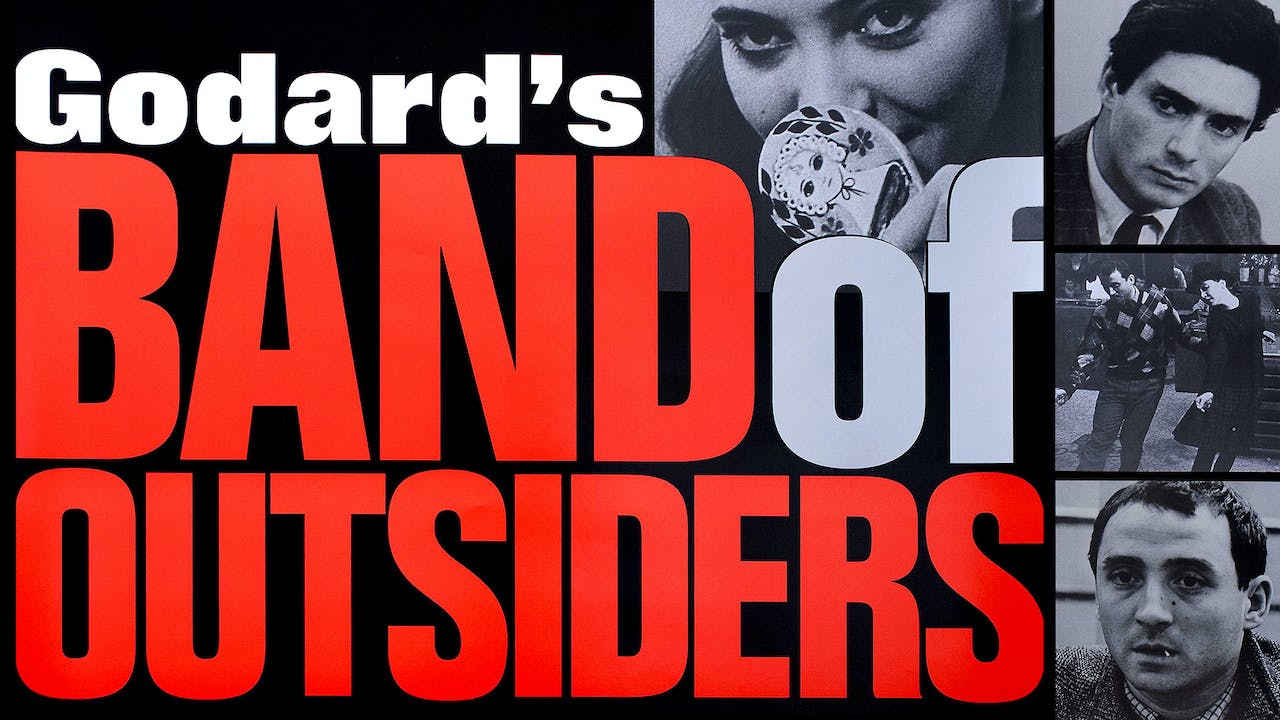 In a dreary Paris suburb, Claude Brasseur and Sami Frey romance Anna Karina, then plan to heist the cash stashed away in her aunt’s villa. Piece of cake, but then... A jeu d’esprit, with echt Godardian set pieces including the trio line-dancing “Le Madison” (later appropriated by Tarantino for Pulp Fiction) and then “doing” the Louvre in record time.

“A REVERIE OF A GANGSTER MOVIE! It’s as if a French poet took a banal American  crime novel and told it to us in terms of the romance and beauty he read  between the lines; Godard re-creates the gangsters and the moll with his  world of associations — seeing them as people in a Paris café, mixing them with Rimbaud, Kafka, Alice in Wonderland.”
-Pauline Kael

“Words are not up to capturing its elfin charm, not even up to hinting how beautiful Paris looks in Raoul Coutard’s unconsciously romantic photography. Although Godard talked a lot about his theories and his methods, if he had a secret, it was a gift for creating irresistible images. Band of Outsiders shows him at his most amusing, and that is no small thing.”
– Kenneth Turan, Los Angeles Times

A LUSTROUS RESTORATION! MASTERPIECE! [Godard]’s most charming and, arguably, influential film: a free-associative meditation on the gangster genre that revealed a new way of framing our dreams and our reality. There would be no Bonnie and Clyde without it.
– David Edelstein, New York Magazine