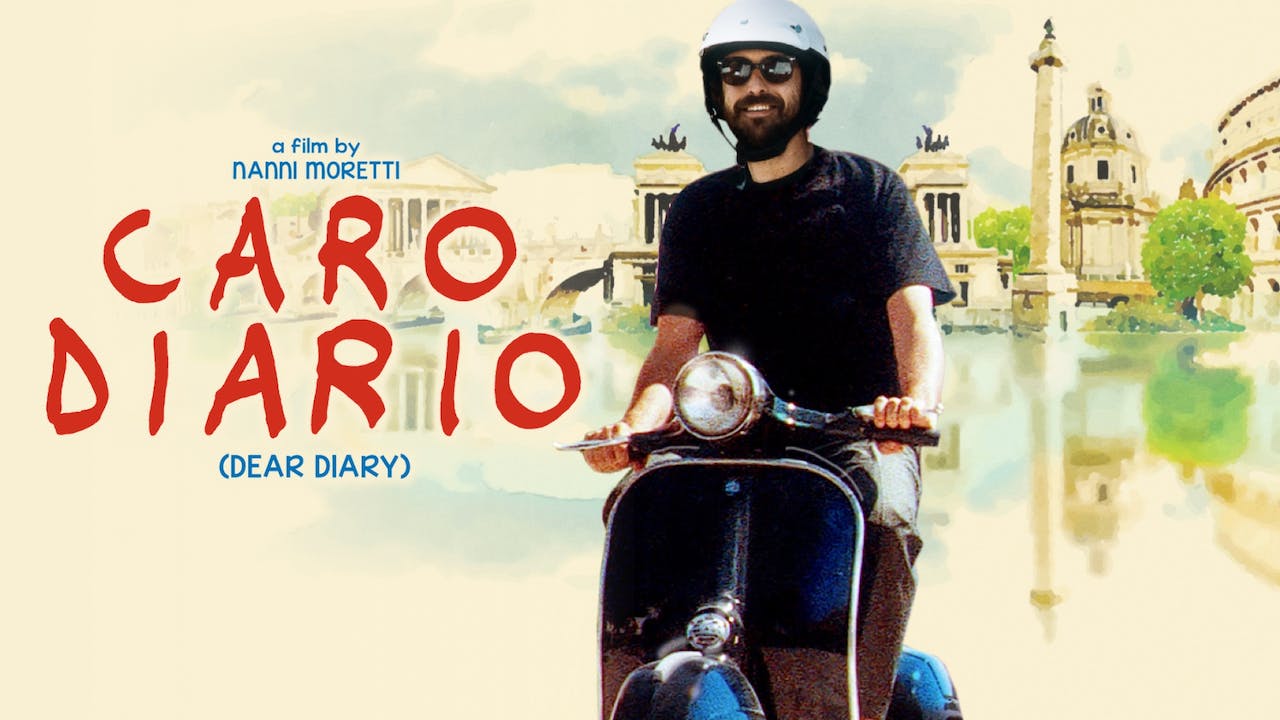 Nanni Moretti recounts three entries from his “diary” in the hilarious and intimate self-reflective comedy CARO DIARIO, which follows the filmmaker’s musing on cinema atop a Vespa, a trip to the Aeolian Islands to work on his new screenplay, and his search for health and wellness after breaking out in a nagging skin rash.

Winner of Best Director at the 1994 Cannes Film Festival, CARO DIARIO is a “heroic tale, told with a child’s wide-eyed wonder” (Film Comment) from a “modern movie man, for whom images have effaced the boundary between life and art” (The New Yorker).