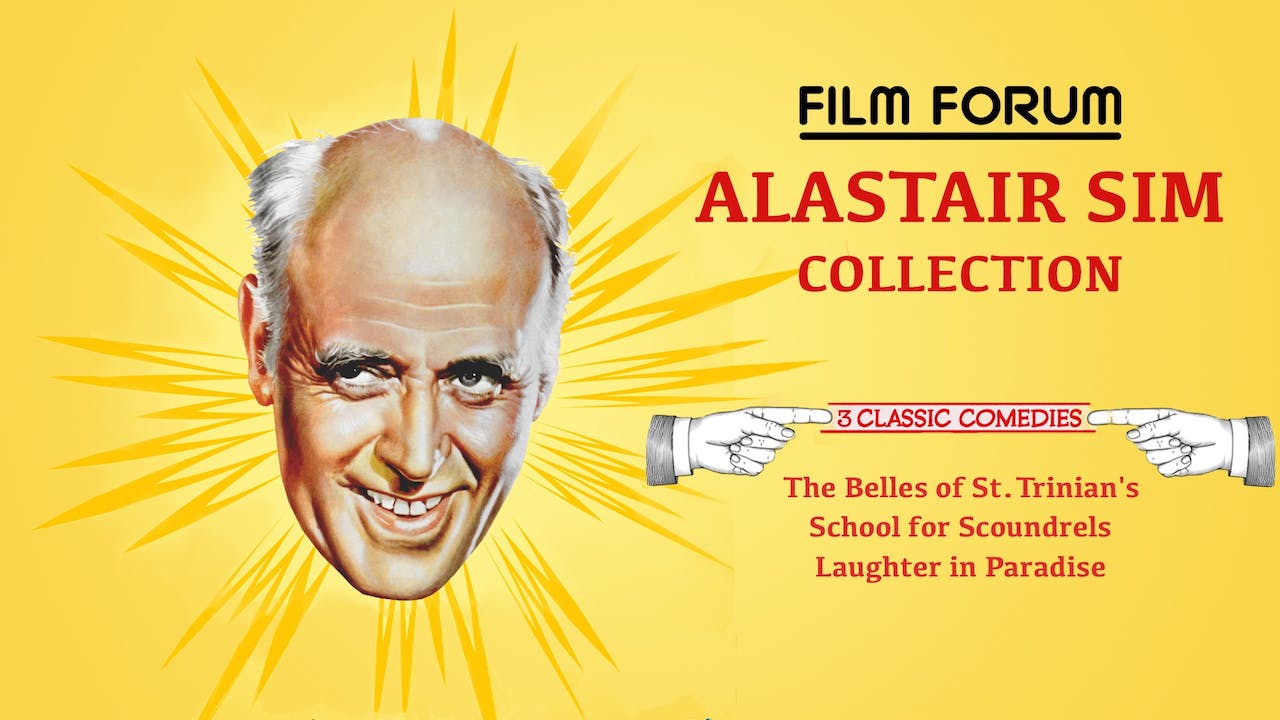 THE BELLES OF ST. TRINIAN’S (1960) directed by Frank Launder

The schoolgirls at the extremely free-spirited St. Trinian's School are more interested in smoking and betting on the horses than their studies, in raucous comedy inspired by the cartoons of Ronald Searle, with Sim in a dual role as the Victorian-looking, but forward-thinking, headmistress and her racetrack tout brother. Producers Launder & Gilliat were the screenwriters of Hitchcock’s The Lady Vanishes. With George Cole (who had played Sim as a young man in A Christmas Carol), Joyce Grenfell, and Hermione Baddely.

Perpetually losing out to absolute rotter Terry-Thomas, Ian Carmichael discovers the Lifeman College run by Professor Alastair Sim, and discovers the not-always-ethical secrets of getting ahead in business, on the tennis court, and in love. From the director of Kind Hearts and Coronets. With Jenette Scott and Dennis Price (the schemer of Kind Hearts).

Practical joker Hugh Griffith (Tom Jones) leaves 50,000 pounds to each of his four surviving relatives: hard-on-servants Fay Compton, banker George Cole, rotter Guy Middleton, and pulp novelist Alastair Sim. But there’s one last practical joke for each of them. Britain’s top-grossing film of the year “introduced” a young Audrey Hepburn, in a small role as a cigarette girl.