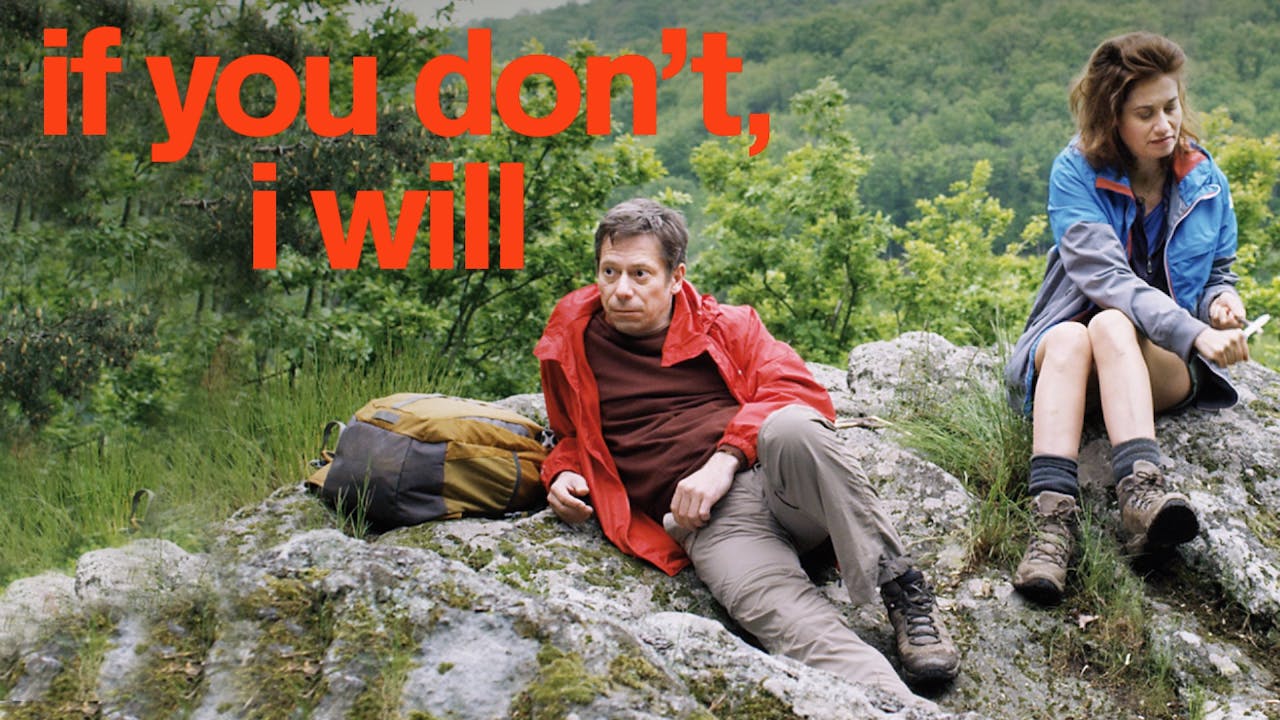 IF YOU DON'T, I WILL

Pomme and Pierre have been together a long time. Passion and spontaneity have given way to predictability and cold shoulders. But there's a lingering optimism, a hope they can return to the couple they used to be, attending chic art openings and sharing a laugh like young lovers. On a hike together one afternoon, Pomme declares her independence by deciding to stay in the woods rather than return to an underwhelming life with Pierre. Pierre tries to get back to normal, despite his worry over her whereabouts and the indelible sense that he's missing his better half. Meanwhile, Pomme begins an extended meditation in the forest on where her own life should go next, with or without Pierre. In the end, both are left to contemplate the strength and meaning of each other's commitment.