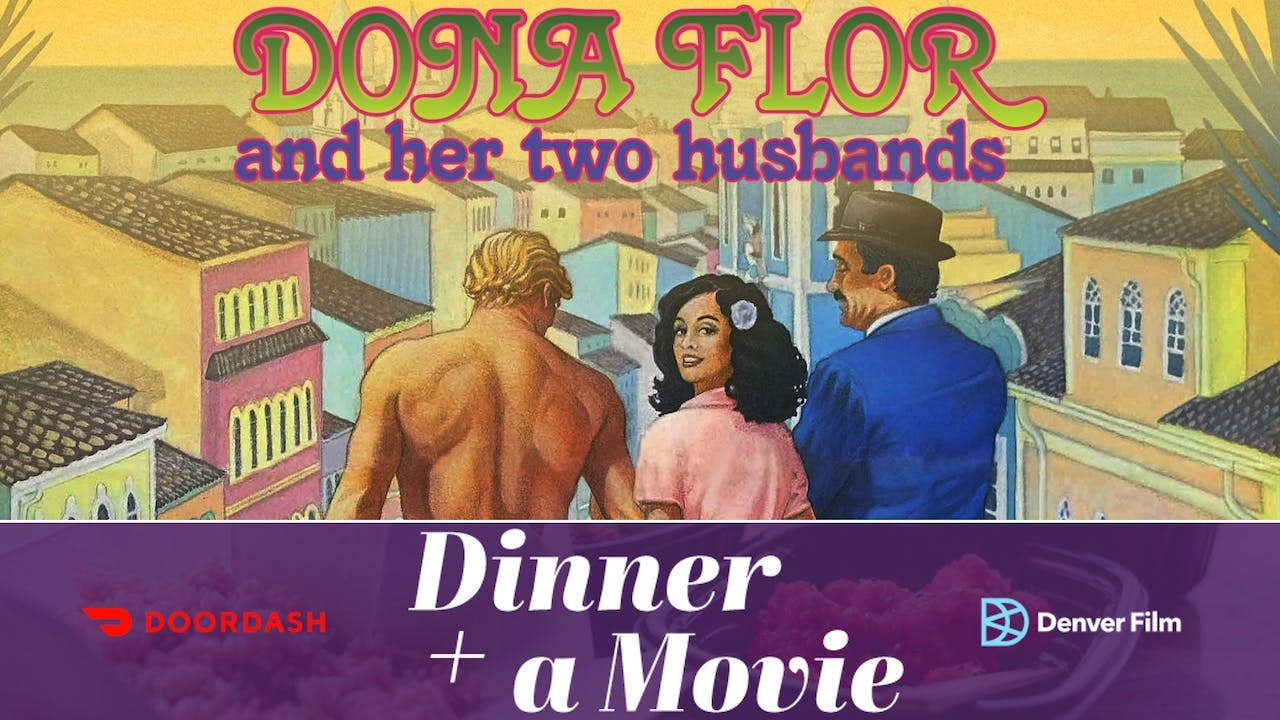 DENVER FILM is partnering with DoorDash to bring you Dinner + A Movie. Rent this movie and get $10 off your order of $20 or more from local restaurants now through 5/5/2020.
-------------------
Based on the novel by Jorge Amado, this Golden Globe-nominated comedy follows the strange events that befall Dona Flor (Sonia Braga) after she is left a widow. Shortly after remarrying, she finds her new, less-than-satisfying sex life revived when the ghost of her late husband returns.