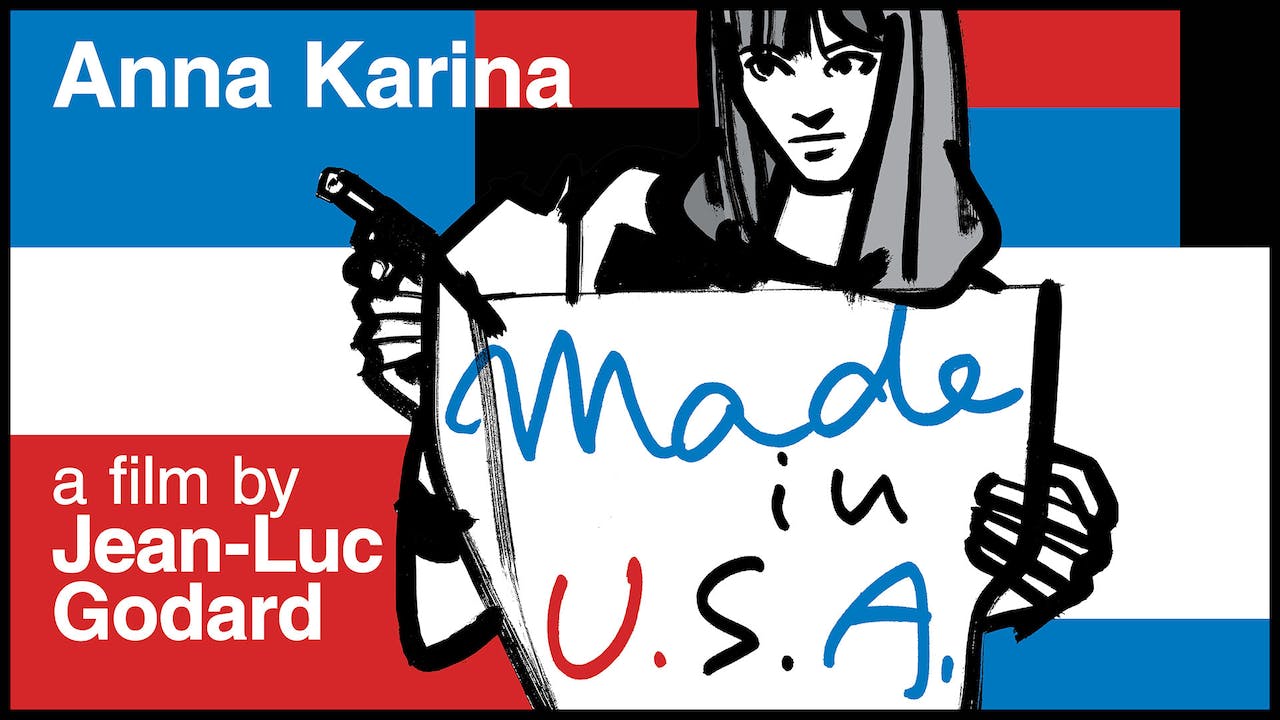 SUNS CINEMA presents MADE IN USA

Trench-coated Anna Karina arrives in Atlantic City to track down her boyfriend. And then the bodies start dropping, amid encounters with characters named “Richard Nixon” and “Robert McNamara,” while being shadowed by Jean-Pierre Léaud. This ostensible adaptation of a story by crime titan Donald Westlake was Godard’s farewell to muse/ex-wife Karina, never filmed more glamorously, as she changes from one colorfully Mod ensemble to another.