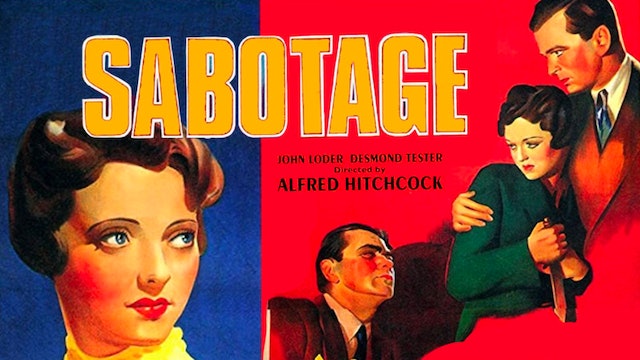 Based on Joseph Conrad's The Secret Agent and starring Oscar Homolka and Sylvia Sidney, Sabotage is one of Hitchcock's most significant pre-war British films. Karl Verloc (Homolka), manager of a London cinema, is secretly involved with a gang of European saboteurs who are plotting a massive bomb attack in Piccadilly Circus. His wife (Sidney) is beginning to suspect something, though, and so is Scotland Yard Detective Sergeant Ted Spencer (John Loder). With the Can the police bring the saboteurs to justice before they perpetrate their outrage on London? 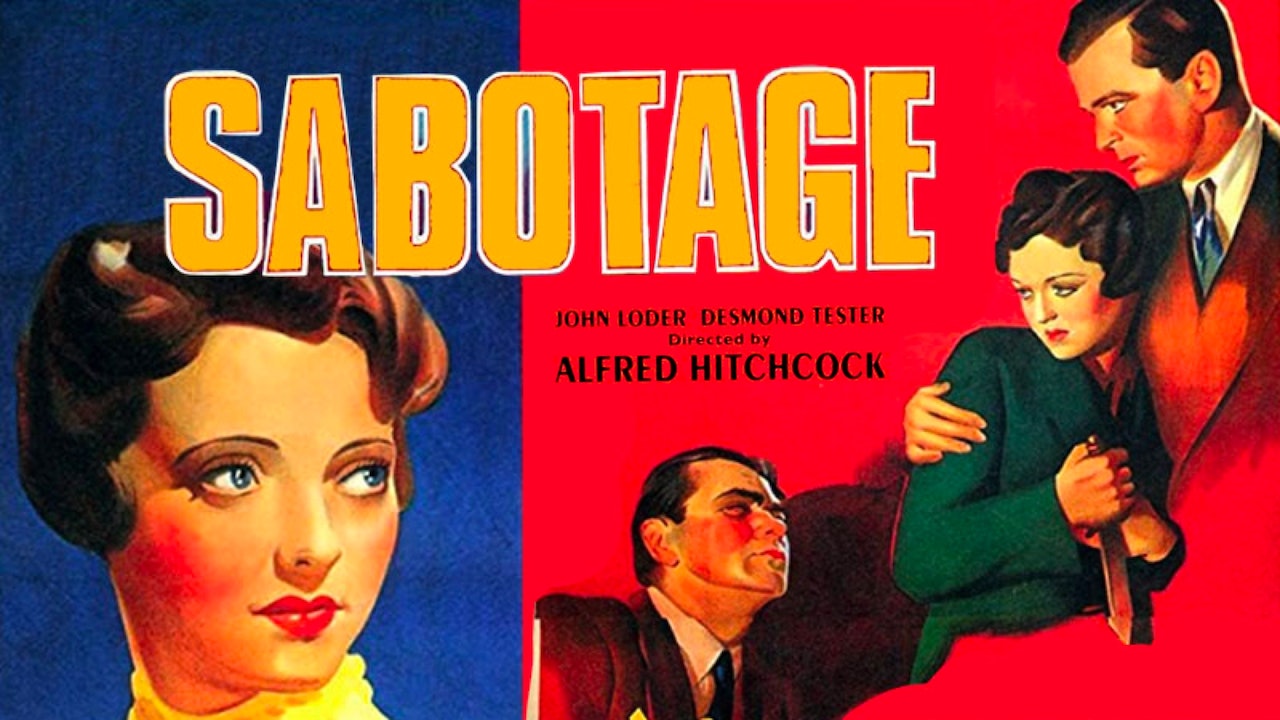