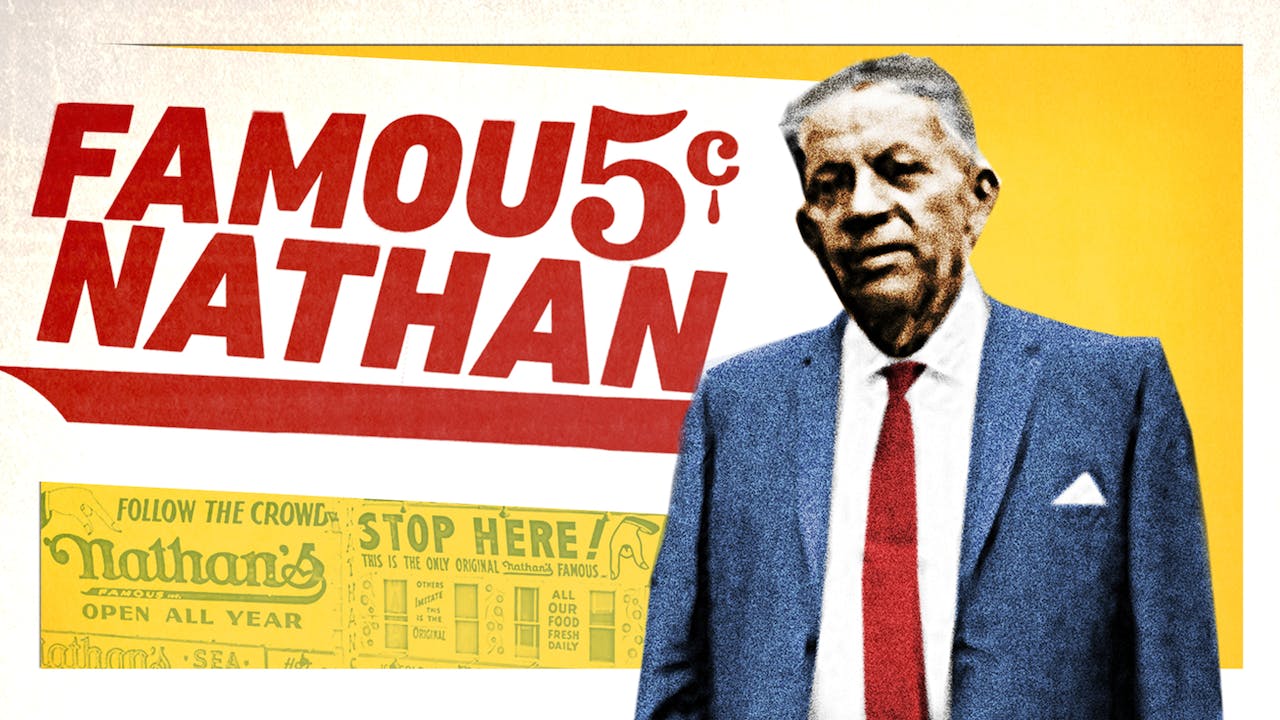 An insider documentary directed by the grandson of Nathan Handwerker, founder of iconic Brooklyn institution Nathan’s Famous, Coney Island's premier hot dog stand. Filmed over a 30-year period, the film details Nathan's upbringing in a poor village in Poland, emigration to New York, and the creating and running of Nathan’s Famous for over forty years. Featuring interviews with extended family, longtime employees, and various other South Brooklyn personalities, as well as vital archival footage of Coney Island in the 20th Century, FAMOUS NATHAN is a kaleidoscopic and layered document capturing the honky-tonk, in-your-face spirit that was Nathan’s Famous - and Brooklyn itself - in its heyday and today.