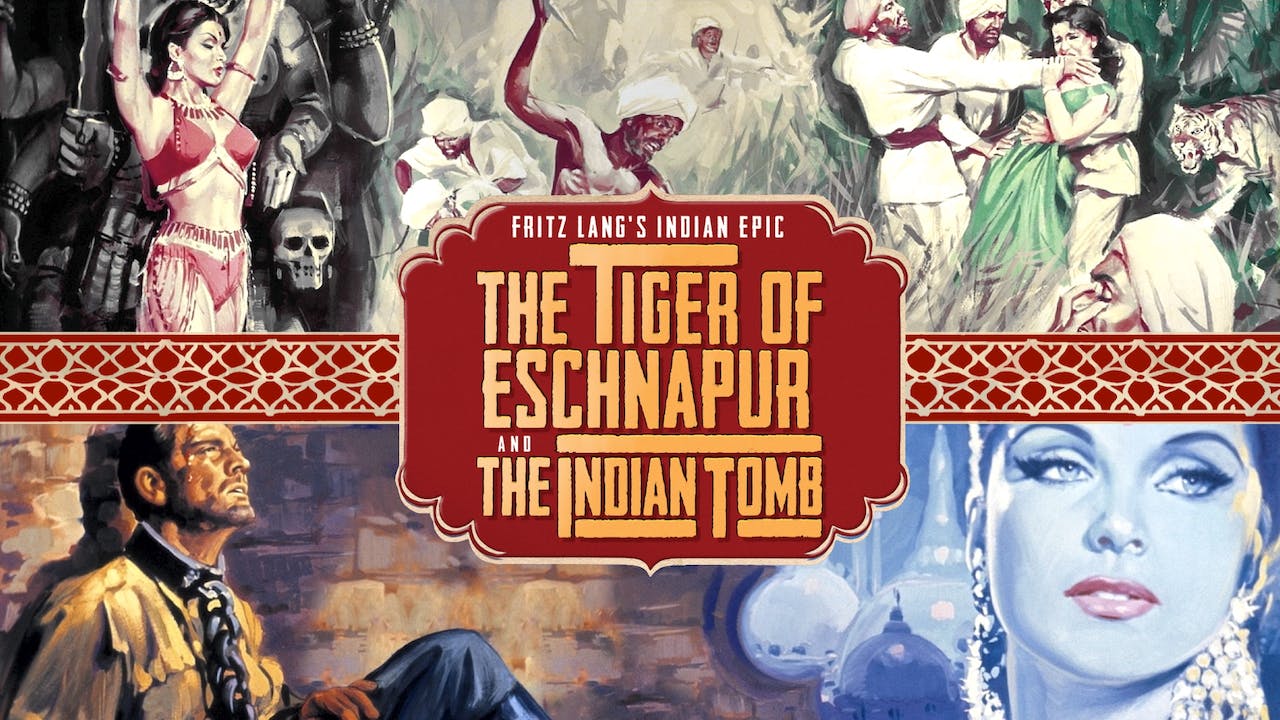 This 4K restoration of FRITZ LANG'S INDIAN EPIC presents the films THE TIGER OF ESCHNAPUR and THE INDIAN TOMB as they were originally created in 1959. These films are a product of their time and contain cultural and racial depictions that viewers may find offensive.

Architect Paul Hubschmid, en route to the (mythical) Eschnapur to build schools and hospitals, fends off a tiger that’s attacked Eurasian dancer Debra Paget (Broken Arrow, The Ten Commandments and erstwhile Elvis leading lady), then falls hard – but the maharajah who’s hired him may have other ideas. Dazzlingly shot in color on previously closed-to-the-public Indian locations, with Paget’s risqué snake dance (in an apparently glued-on costume) a highlight. Previously seen in the U.S. in a cut-in-half version, this is Lang’s completely restored epic. Lang’s return to Germany, via India, was also a return to a silent film he co-scripted with then-wife Thea von Harbou but didn’t get to direct.