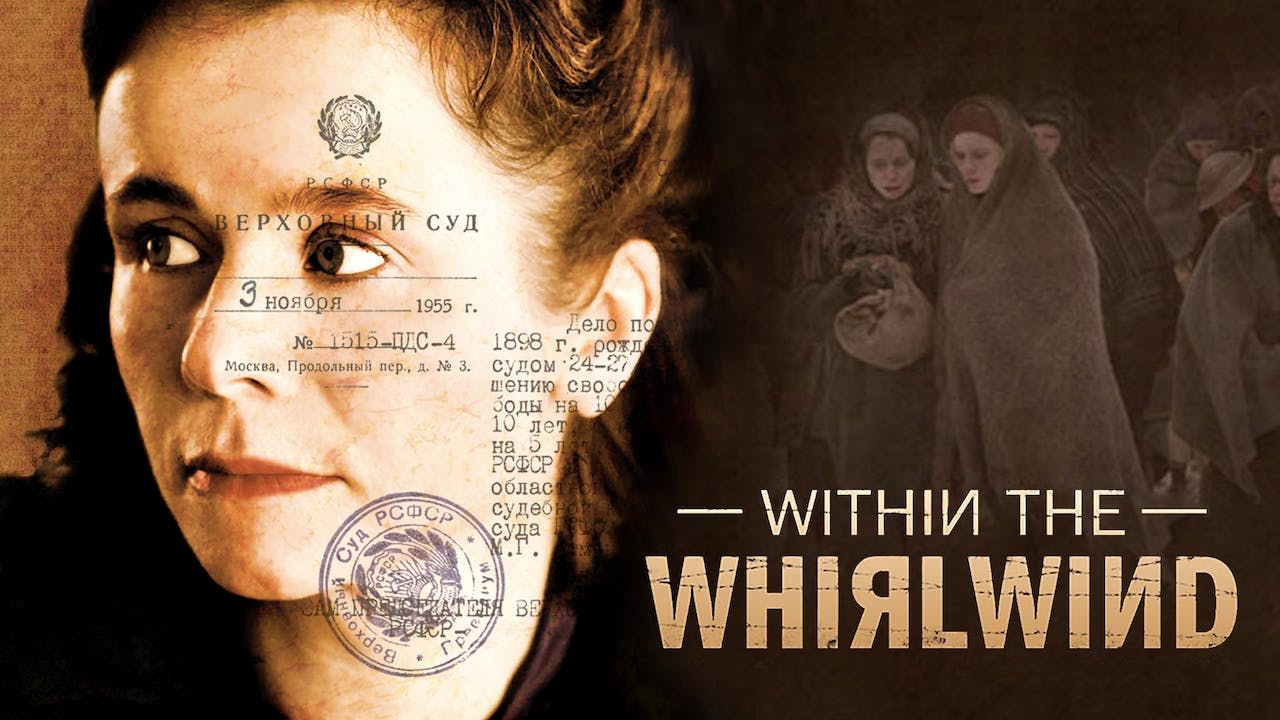 Marleen Gorris's Within the Whirlwind

Based on a true story. In 1937, Russian writer and literature professor Eugenia Ginzburg (Emily Watson) was arrested on false charges during Joseph Stalin's Great Purge. Sentenced to ten years of hard labor in a Siberian Gulag, Ginzburg eventually found the will to survive through her relationship with a fellow prisoner, the German camp doctor Anton Walter (Ulrich Tukur). Years later, the two would marry, and Eugenia went on to write two memoirs, Journey into the Whirlwind and Within the Whirlwind, from which this film is based.

From Marleen Gorris, the director of the Academy Award-winning film ANTONIA'S LINE (also available on Film Movement Plus).