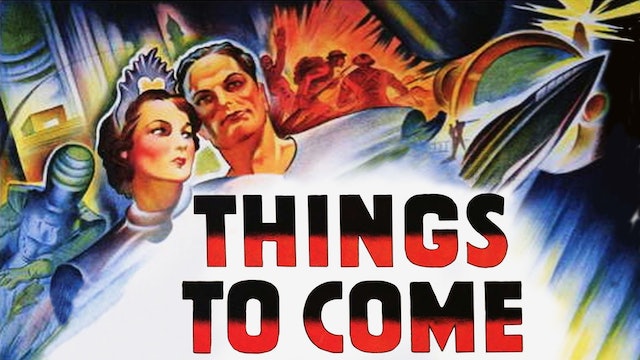 A landmark science-fiction film that examines mankind’s capacity for peace and scientific progress and also for tyranny and destruction. As war rages, civilizations fight endlessly until little is left. Later, a warlord claims the remaining vestige of civilization until he learns of a new, more advanced and peaceful civilization elsewhere in the ruins of the world and views them as a threat. They invade and liberate the hapless subjects of the warlord. In the future, a technologically superior and peaceful civilization emerges, but still there are agitators who seek to disrupt peace.