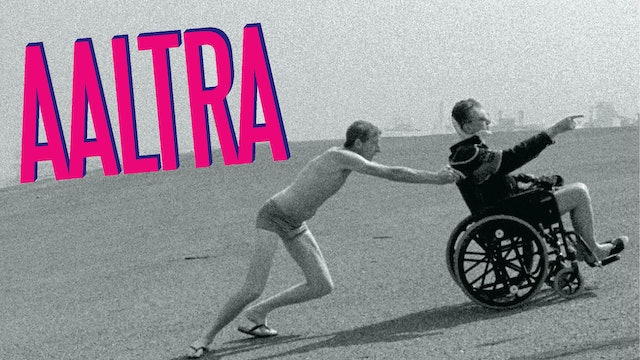 In this BFI London Film Festival award-winning pitch-black comedy, co-directed by Sundance Film Festival award-winners Benoît Delépine and Gustave Kervern, the rivalry between two neighbors has escalated into an all-out war. Rural neighbors who hate each other come to blows one day on a farm and get tangled up in an agricultural tractor, leaving them both paralyzed, wheelchair-bound, and simmering with spite. Rather than feel sorry for themselves though, the embittered paraplegics decide to seek revenge against the tractor's manufacturer. Taking one of the most unique and irreverant road trips in cinematic history, the pair redirects their frustrations with their plights towards the people they meet on the way to Helsinki. Captured in sharp black-and-white Cinemascope photography that complements its exquisite Tati-like sight gags, AALTRA undermines conventional attitudes toward the disabled with its dry wit and acerbic, vengeful characters. Look for some recognizable cameos, including famous Finnish director Aki Kaurismäki.