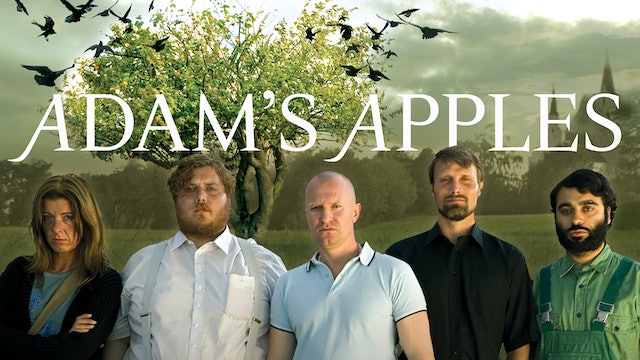 Premiering at the Sundance Film Festival, before going on to play many of the world's top fests, and selected as Denmark's official submission to the Academy Awards for Best Foreign Film, this black comedy stars Mads Mikkelsen (Oscar-nominee THE HUNT) as Ivan, an insanely optimistic preacher who takes in convicts to help around the remote, rural church he ministers to. His current charges are a psychotic Saudi immigrant addicted to robbing gas stations and an alcoholic tennis pro convicted of sexual assault. His newest "helper" is Adam, a vicious neo-Nazi anxiously biding his time before he can return to hell-raising. Asked to set a goal for his stay, Adam sarcastically answers that he'd like to bake a cake. Ivan cheerfully takes that statement at face value and puts him in charge of the parish's pride and joy: the only apple tree in the vicinity.  Grasping the extent of Ivan's crazed, preternatural determination to look on the bright side of everything - Adam immediately decides to shake him out of his rose-colored stupor. 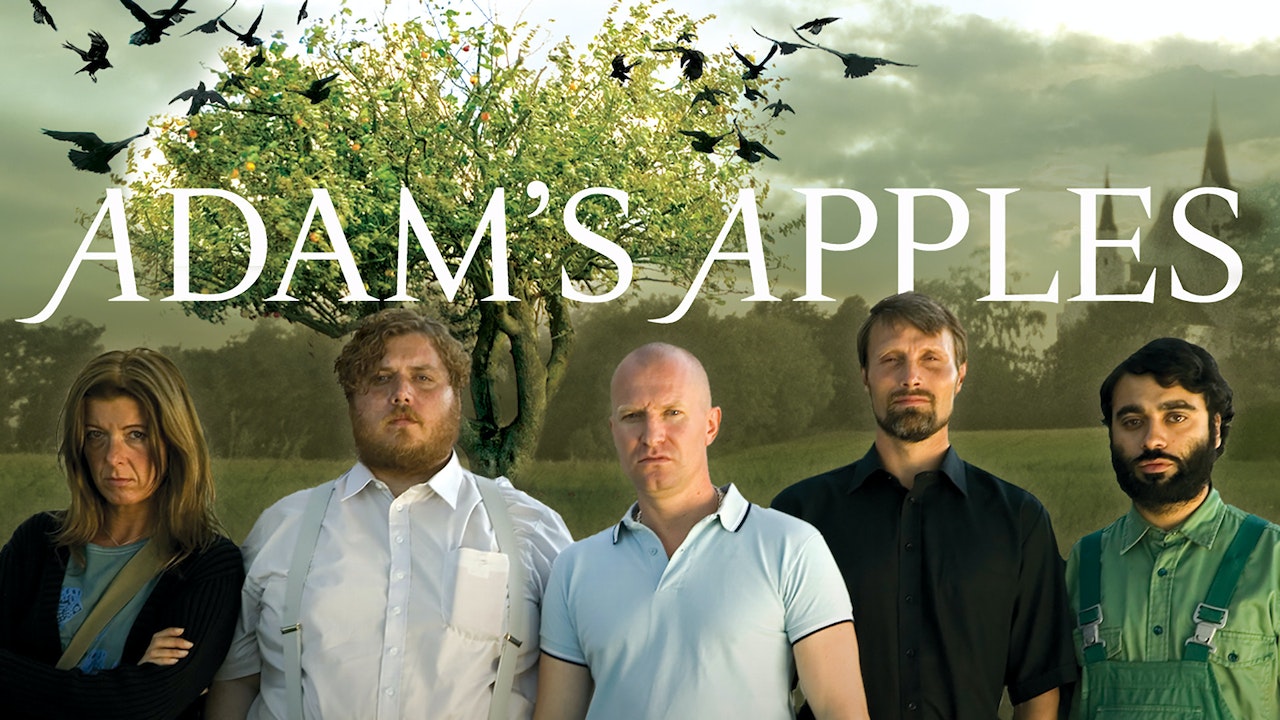