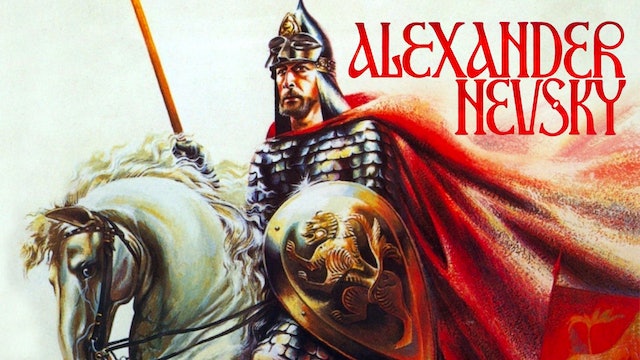 Ten years after his celebrated epic OCTOBER, Sergei Eisenstein changed his cinematic approach, leaving behind the densely edited style of his earlier silent films and turning instead to historical sources, contradictory audiovisuals, and theatrical sets for his grandiose yet subversive sound-era work. ALEXANDER NEVSKY, Eisenstein’s landmark tale of Russia thwarting the German invasion of the 13th century, was wildly popular and quite intentional, given the prevailing Nazi geopolitical advancement and destruction at the time.

In 1242, Russia in being invaded by two sides: from the orient by the Mongols and from Europe by the German Teutonic Knights of the Holy Roman Empire. The last free city in Russia, Novgorod, calls the Prince Aleksandr Nevsky, who had defeated the Swedish in a previous battle, to defend the city.

Featuring some of the most beautiful imagery ever put on film, a majestic music score from Prokofiev, and a dazzling, climactic battle on a frozen lake, ALEXANDER NEVSKY was a triumph of Eisenstein’s vision and talents as a filmmaker. 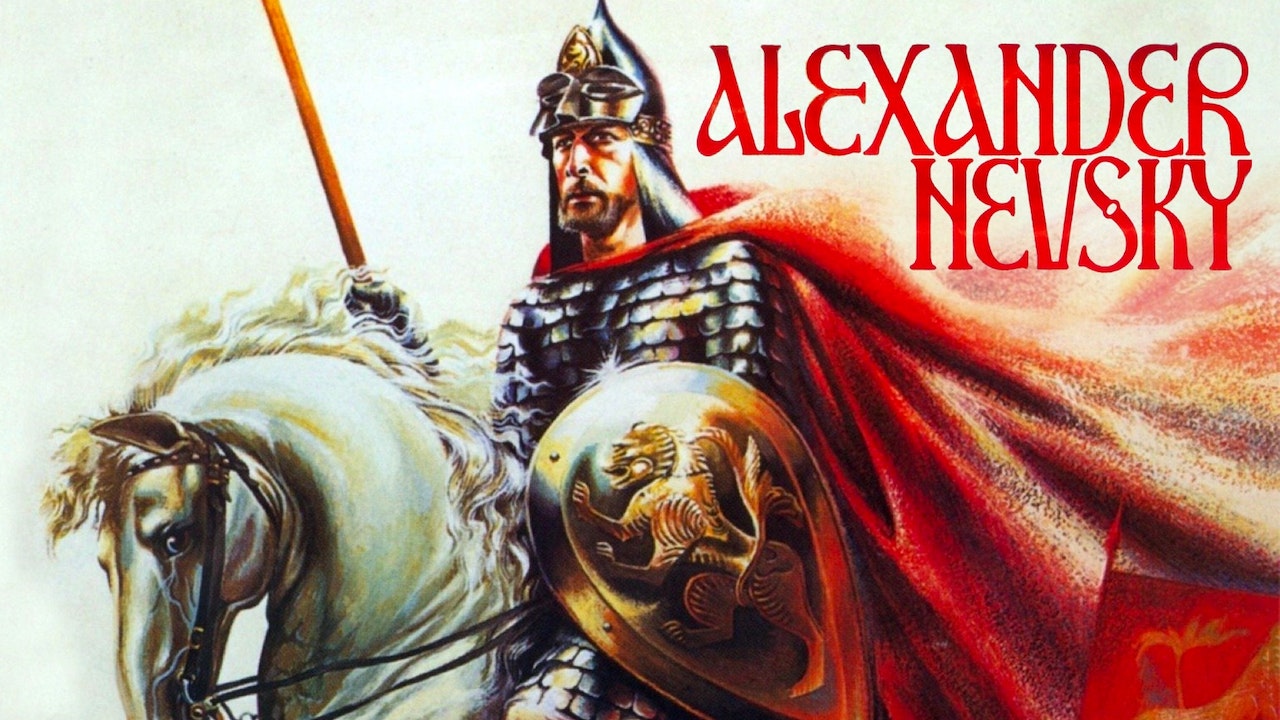