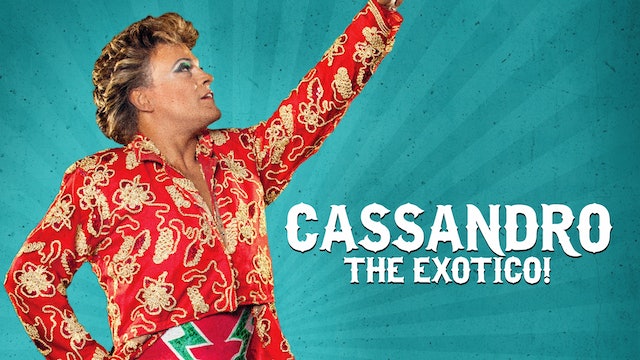 Famed as much for his flamboyant drag and sky-high pompadour as for his show-stopping kicks and flips, Cassandro’s trailblazing ascent as one the industry’s first openly gay wrestlers has resonated internationally for a quarter century. Marie Losier captures the moving, humorous, and always colorful dualities of this legendary figure. Cassandro’s story – of an underdog and a queer icon, simultaneously fragile and mighty – is ever more evocative as it unfolds on both sides of the Mexican-American border. Losier’s signature 16mm filming melds tender encounters and larger-than-life fight scenes into a stylish whole that reflects the vivid textures and hues of a dazzling life in sport.

"This effervescent picture has an often infectious underground-movie aesthetic; my favorite manifestation comes early, in a sequence that juxtaposes Cassandro’s beaming face against a night sky full of fireworks." (The New York Times) Queer Palm Nominee CASSANDRO, THE EXOTICO! premiered in the ACID program of the Cannes Film Festival.