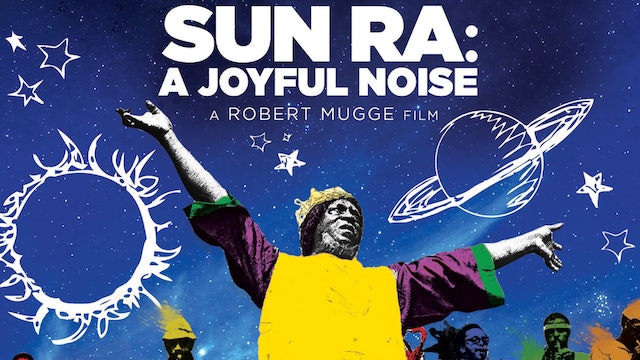 Decades ahead of his time, composer, keyboard player, bandleader, singer, poet, and philosopher Sun Ra coupled sci-fi images of outer space with those of ancient Egypt, acoustic instruments with electronic ones, and modern American musical genres (jazz, soul, gospel, blues, swing) with traditional sounds of Africa and the Caribbean. He also combined his music with dance, poetry, colorful costumes and backdrops, and pure theatricality, influencing other innovative musical groups as divers as the Art Ensemble of Chicago, George Clinton’s Parliament and Zappa’s Mothers of Invention.

For this definitive portrait of the jazz visionary, renowned music documentarian Robert Mugge and his crew spent two years (1978-1980) shooting Sun Ra and members of his Arkestra at various locations in Philadelphia, Baltimore and Washington D.C. In 2008, the resulting film was named one of the “50 Greatest Music Films” by Time Out.

“Sun Ra in all his flamboyance, wit, and wonder... a fascinating look at the whirling dervish keyboardist, bandleader, and mile-high philosopher. This film captures this witty original man and his vision like an LP never has.” –DownBeat